I honestly do not know why, but my daughter loves running. She thinks if she sits still for a minute, the world will stop spinning as well. Sadly, the one that has to pay for her addiction, is me. She has tried every brand there is, but Adidas has her heart. The only issue is that they wear out, and then I am handed the next bill.

To give my pocket a break, I decided to undertake some research. I went into the deep dark web. For endless days and sleepless nights, I scoured the internet till I was exhausted. My first goal was to see whether Adidas itself sold replacement insoles.

Unfortunately, Adidas does NOT sell replacement insoles. According to them, they make their shoes in such a way that they last for a long time, provide support to the feet, and give added comfort while walking.

What are the Best Replacements Adidas Insoles?

While the shoe might stay in good shape even after prolonged use, if the insole wears out, the comfort levels drop significantly. According to my daughter, it feels like walking barefoot on dried cement.

A lot of companies focus more on the build and design of the shoe rather than the insole. For a brand-new pair, the insole feels firm and supportive, but eventually, it starts to wear out.

Rather than feeling a bounce in your step, the insides just feel flat. This leads to people, namely my daughter, asking to get a new shoe because in her words, “When I stop feeling the squishiness inside, it means my feet are uncomfortable, and it is time for a change.”

I have a couple of theories as to why companies like Adidas do not sell insoles separately. Firstly, they have a brand image of long-lasting shoes. If they start selling insoles separately, people might think there are defects in the original ones.

Secondly, they want people to buy more shoes. If one does get worn out, rather than selling just an insole, they sell a whole new pair to people who are trapped in this cycle.

Lastly, it might just not be a priority for them. But, unlucky for them, I have found the perfect solution to my daughter’s woes. Adidas might not sell insoles, but there are many companies that do. The following recommendations should be your go-to solutions as well if you have a child like mine. 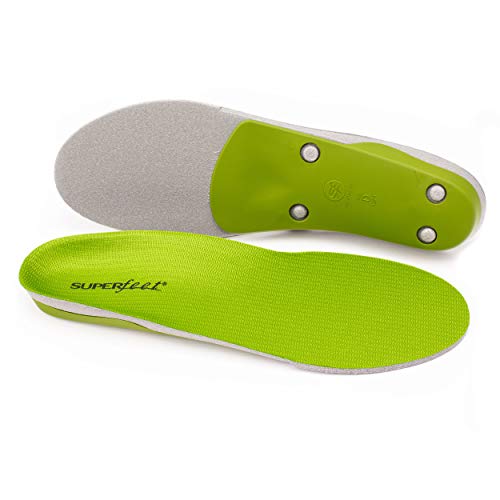 It should not come as a surprise, but my daughter started walking very early on. One moment she would be standing next to me, and the next, her tiny little feet would zoom her to the nearest breakable object. I swear, the amount of exercise I got running after her was substantial.

Do you know how hard it is to have such an active child when all you like to do is stay in bed all day? I wish she would have turned out more like me. As she grew up, her adventures increased as well. She is on her feet all day long and expects that her shoes will aid her throughout.

The first insoles I got for her were Superfeet GREEN Insoles. There are several color codes for the Superfeet insoles, and they all have to do with the thickness and level of support of the insoles. I liked these ones because they have a pretty thick shape. They are made of foam, but this foam feels denser rather than mushy.

This is done so the insides can be firm to provide support for feet. They are also shaped in a way that is meant to reduce pressure felt while walking and absorb any shocks felt. This keeps your legs, ankles, and back in good shape as well.

At the bottom of the insole, there is a stabilizer cap which is meant to provide support to the foam layer by acting as a base and a protectant. It is also meant to provide additional cushioning for the back of the foot. There is also a deep heel cup present in the design. As the heel is a major pressure point, this cup covers most of the area to reduce any negative impact.

Ever since my daughter has been using these, she says no matter how long she stays on her feet, she does not feel tired at the end of the day. They have also greatly reduced damage done to the shoe itself because of a worn-out insole. 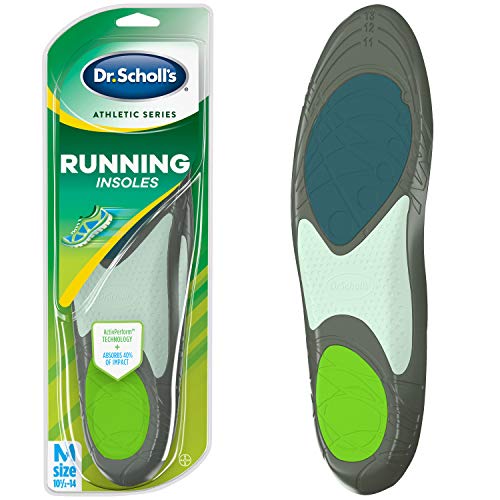 Now, you might think that my daughter gets one pair of Adidas shoes and wears them 24/7. If that were the case, she would probably go through shoes like you do with a pack of tissues in flu season. She has four separate pairs at one time. One pair is for casual wear. One is specifically for running. One for sports.

And the last one is just a funky-colored pair to brighten her outfits. Currently, her funky color is purple glitter. The same glitter usually falls off the shoe and gets into places glitter should never be in.

Anyway, because of the constant running, my daughter had started to feel pain in her feet and knees. It is common for most athletes to develop some form runner’s knee or plantar fasciitis. Both of them seem like very complicated medical terms, but essentially, are just injuries caused by excessive movement.

Runner’s knee is pain caused in the joint between your kneecap and thigh. Due to constant bending movements, the joint gets damaged which results in an injury. Plantar Fasciitis is pain felt in the heel, which is aggravated when a person sits still for a while and then tries to walk again.

My daughter had started feeling the initial symptomatic pain of both these injuries. I wanted to tie her to a couch so she would sit still, but alas, that would just damage her more. Instead, I got her Dr. Scholl’s running insoles. A few days after consistently using these, she said that her joint and heel pain had greatly improved.

The insole itself is designed in a way that it protects three zones: the heel, arch, and the frontal toe area. She just runs greater distances since she got these insoles. Whether that is a good thing or not, I do not know, but at least her feet are protected. 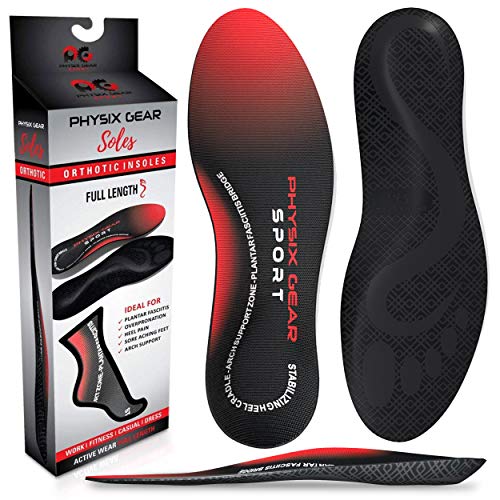 Obviously, my daughter has to be an overachiever as well. Not only does she like running, but she also has to try out every sport known to man. I think she does this just to get more shoes out of me. One pair for every sport. Can you imagine the closet needed for that many pairs?

Maybe it is time I tell her that we are not millionaires because I cannot afford that many specialized pairs of Adidas. Let us count the number of sports she has tried: football, rugby, cricket, hockey, tennis, badminton, table-tennis and even rock-climbing (I do not know if that is even a sport). The point is, this girl needs to either slow down, or pick a manageable number of sports.

I would not call my daughter’s feet flat, but they do lack a complete arch. I got her Physix Sport Insoles to see if the shape of her foot would become more defined. These are made from a very high-quality material and can endure the rigor of any kind of sport.

A problem that my daughter was facing with her Adidas was that if the insole was moved once, it became very lose and would slip inside the shoe. This particular insole grips the insides of the shoe quite firmly. They also provide arch and heel support so that discomfort is minimized.

Since my daughter has been using these, her feet have started to gain a little more definition, and she can play her thousand sports in peace. If that is the case with you or your loved ones, you might want to check out this other article on my website on the best insoles for crossfit.

Because of the multidisciplinary reach of crossfit, you can be sure one of the insoles there will fit any type of sport you are into, whether it is weight lifting or simply jogging.

How Do You Replace an Adidas Insole?

Onto the most important part, you need to learn how to change an insole as well. You will probably need a pair of scissors and a marker (you can borrow one from your children, they will not even notice). Before ordering a new pair of insoles, make sure you order a size closest to your shoe size.

Now, grab the pair of shoes with the worn insoles and get to work. You need to check whether the insoles are just placed inside or glued in. Glued will make your work a lot tougher as you would have to either use immense strength to pull the insoles out, or just be smart and cut them out.

Next, take the old insole and place it on the new one. Use your marker and trace the shape of the old one onto the new one. Cut along the marked edges to completely customize according to your size. It is important you thoroughly clean your shoes before putting the new insoles in as there could be dirt and odors left in place. Insert in the new insole, make sure it fits in right, and voila, you are done.

Gluing down the insole solely depends on you. If you only have one pair of shoes you regularly use, you might want to glue them. But if you want to shift insoles between shoes, just place them in without any adhesive.

Looking for the right Adidas size?

There you have it folks, you can thank me later when you realize the amount of money you were spending on Adidas shoes, and how much longer they will last because of this hack. Plus, you can pick the type of insole you need according the problems you are facing. You can have the advantage of added comfort in stylish Adidas.

Best Shoes For Stairmaster in 2022

Taking care of shoes has been my passion ever since I was a little kid.